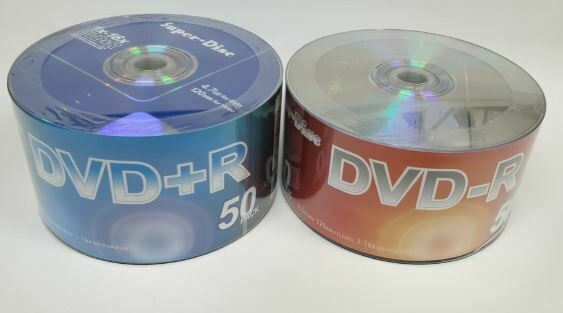 What is the difference between the DVD-R and DVD+R formats?

Answer: DVD-R (pronounced "DVD dash R") and DVD+R (pronounced "DVD plus R") are nearly identical formats. The discs look the same and are both supported by most DVD-ROM drives and DVD burners. The only difference between the formats is the way they determine the location of the laser beam on the disc. DVD-R discs use tiny marks along the grooves in the discs, called land prepits, to determine the laser position. DVD+R discs do not have land prepits, but instead measure the "wobble frequency" as the laser moves toward the outside of the disc.

However, most of these companies now develop hybrid DVD drives that support both DVD-R and DVD+R formats. They are known as DVD?R or DVD?RW drives. When looking for media for your DVD drive, make sure it ends in "-R" if you have a DVD-R drive or "+R" if you have a DVD+R drive. If you have a DVD?R drive, you can use either format. DVD-R is still more popular than DVD+R, but since they are both widely supported, it should not matter which format you choose.