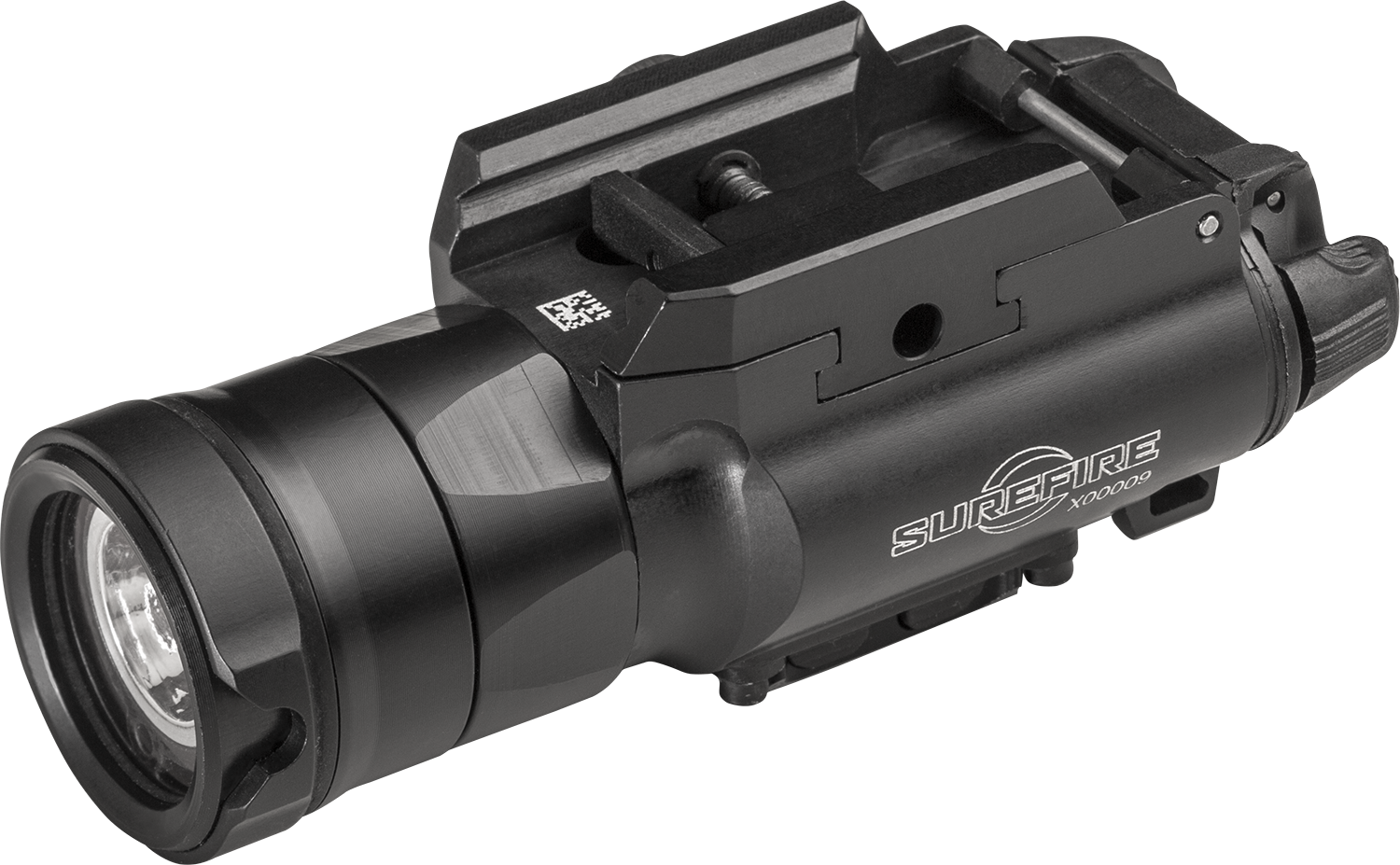 This powerful and versatile XH35 WeaponLight was created to interface with SureFire’s revolutionary MASTERFIRE™ Rapid Deploy Holster. It features a unique bezel with cam slots, and pin slots on both sides of the body, which serve to lock the light into the holster and secure the weapon at an advantageous angle for quick deployment. If the MASTERFIRE holster is manually set to do so, it automatically activates the WeaponLight when the weapon is deployed, saving valuable time in high-stress situations. And because the open-design MASTERFIRE holster interfaces with the WeaponLight instead of the pistol, most railed pistols equipped with an XH35 will fit in this remarkable holster.

As a tactical weapon-mounted light, the XH35 is remarkable on its own. It features a recoilproof LED paired with a precision, undulated reflector to produce our proprietary MaxVision Beam™, a wide, useful wall of light that’s perfect for closer-range engagements and is optimized for your field of vision. Constructed of lightweight but strong aerospace-aluminum body finished with Mil-Spec hard anodizing for superior toughness—and then O-ring and gasket sealed for weatherproofing—this tough-as-nails WeaponLight never needs to be babied.

The XH35 includes two mode selector switches. One for toggling between 1,000 blinding lumens of light to gain a superior advantage in the dark and 300 potent lumens when less light is needed, but there is still the need to engage a threat in low-light conditions. The second switch toggles between continuous light operation and a disorienting strobe mode. Activating the XH35 is achieved via one-finger, ambidextrous switching located at the rear of body. Optional DG grip switches (for pistols), which allow for surgical activation without altering your grip on the weapon at all, are also available. And the versatile XH35 can be easily and securely attached to any pistol or long gun equipped with a Universal or Picatinny rail via its Rail-Lock® system.

For use with the MASTERFIRE holster, the XH35 is a clear choice. But it’s also a great choice for anyone looking for a handgun/long-gun WeaponLight with power and performance to spare for closer-range applications.